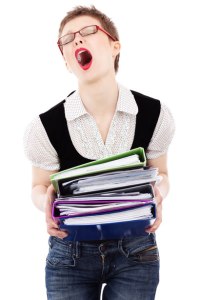 In keeping with my New Year’s Resolution to do at least one thing that I’m scared to do each month, I jumped right in by asking for a job. I was given an offer to submit a bid to edit a full-length science book. And I went for it. It’s not exactly swimming with sharks, but you know, baby steps.

As a professional freelance writer and copy editor, I send out query letters and ask for jobs all the time. Rejection–or ignoring, as is more common in publishing–doesn’t faze me so much. And I’ve been negotiating my own contracts without an agent for a couple of years.

This job was different, though. It was bigger than any I’ve ever tackled. I’ve edited e-books, but that’s not the same. What if I actually got the job? Would I be able to do it well? Would I be able to keep the writer’s voice? What if I made too many changes? What if I got sick or my family needed me, and I missed deadlines? Would I be taking on too much, considering I already have an ongoing writing job and I’m homeschooling two teens? Should I even ask for the job, with so many things I already have to do? Would it be too much? But then, if I got it, it would be a good opportunity doing work that I love, expanding my experience as an editor, and would take less than a year to complete. And who couldn’t use some extra money?

I prayed over it. Prayed over whether or not I should submit a bid. Prayed about my family and my health and my current job, and all the things that worried me. Then, with knees knocking, I did my first scary thing of 2013: I asked for a job.

They declined. Whew! All that worry for nothing. God willing, I won’t have to do anything scary again until February. I’ll keep ya’ll posted on how that goes.

What scary things have you tackled lately? How did it go for you?

10 Comments on “First Scary Thing: Asking for a Job”